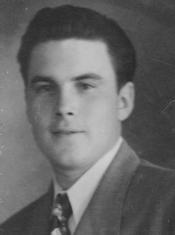 He was born September 5, 1929 in Scotland County and grew up in Wilmington NC, the son of the late David A McLean and Lola Wright McLean. He was preceded in death by his wife Karen McDonald McLean, a sister Ester Lillian Drake, and a brother Robert McLean.

He joined the United States Merchant Marines in 1944 at the age of 16 and served his country sailing various types of ships around the world during WWII, Korea, Vietnam, and the first Gulf War for almost 50 years. He was drafted and served 3 years in the United States Army during the Korean War and served as a missile silo operator.

He started in the Merchant Marines at the end of WWII at the lowest entry level rating for the National Maritime Union. Through hard work and progressive self-study he became an Officer in the United States Merchant Marines in March of 1961 and sailed the oceans in various capacities from Third Officer to Chief Officer for the International Organization of the Master Mates and Pilots.

From 1963 to 1975 he was elected to various positions in the International Organization of the Master Mates and Pilots and was instrumental in taking it from a divided local organization in the United States to an International Maritime Organization with offices all over the world. He ran for the position of International Secretary of Treasury in 1975 and after completing his term in office he returned to sea.

He finished his career sailing the seas as a ships officer and retired from the seaman’s life and the International Organization of the Master Mates and Pilots in September of 1994. He remained a member until his death.

He was well respected among his peers and left behind a legacy of hard work, knowledge, good seamanship, dedication to his organization and shipmates. He mentored and molded many young sailors including his son and left a standard of professionalism that those young seaman are still trying to attain. He is still talked about on waterfronts around the world.

In his retirement he enjoyed working in his yard, boating, offshore fishing and loved grilling out. He was the consummate host and enjoyed entertaining family and friends in his home. He was a member of the Elks Club, American Legion and the Moose Club.

He was close and very proud of his four children.

The family would like to send a heartfelt thanks to the many caregivers at The Lower Cape Fear Hospice.

A memorial service will be held upstairs at Dock Side Restaurant on Saturday 23rd of February 2013 from 1pm to 4pm.