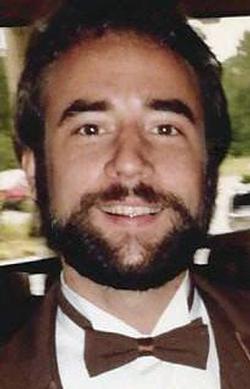 David was born in Taipei, Taiwan May 27, 1955 to Brian W. Mullinix and Marjorie M. Johnson of Wilmington, NC.

David owned and operated “D.B. Mullinix Graphics and Signs” for over 25 years. His unique craft and talent made him a highly sought after artist by many local and South Florida marinas for many years. Due to early on-set Alzheimers he was forced to retire.
David loved music, playing the drums, the beach, boating, animals and lettering boats and yachts.
In addition to his parents, David is survived by a brother, Jay Mullinix of Rocky Point, one sister Nancy Mullinix of Wrightsville Beach. Also surviving are two daughters, Jennifer and Ashley, one son, Hunter, one grandson Brayton, a neice Lauren, a special aunt Ann Matthews and a special friend, Marsha Jones.

A graveside service will be held at the Mullinix Plot on a later date at the Stoney Hill Methodist Church Cemetery in Albemarle, N.C.