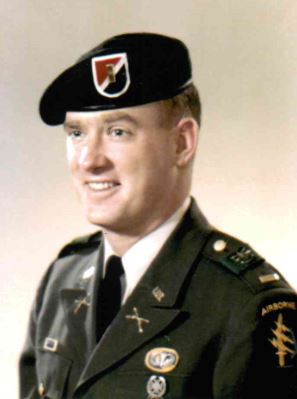 He was born on July 14, 1941, in the Borough of the Bronx, New York to Harold and Marie O’Connell Moley.

David graduated from St. Sebastian School in Newton, Massachusetts in 1959, and spent one year as a novice monk at the Trappist monastery, St. Joseph’s Abbey, in Spencer, Massachusetts. He graduated from Fairfield University in Connecticut in 1965 and enlisted in the U.S. Army shortly after. David was deployed to Vietnam where he served eighteen months with the 5th Special Forces Group as Team Captain with the II Corps Mobile Strike Force in Pleiku from 1968 to 1969. David was awarded a Combat Infantry Badge, Bronze Star Medal, Good Conduct Medal, Vietnam Service Medal, Vietnam Jump Wings, and three Overseas Bars (Vietnam). After receiving an honorable discharge from the U.S. Army in 1971, David was a co-founder of a recruitment firm in Atlanta, Georgia. Later, he started his own firm, Moley and Associates, as a recruiter for the food service industry. He retired from his company in 2015.

A private service is planned at a later date.

The family requests for those who wish to express sympathy to consider donating to helping the indigenous Montagnard people at https://www.vietnamemifund.org/donate or the UNC Chapel-Hill Division of Vascular Surgery at Meadowmont.