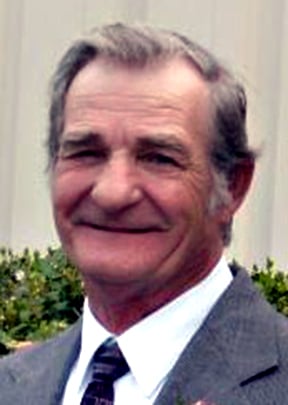 He was born on January 29, 1943 to the late Robert Franklin Edmonds and Olga Dominica Valentine Edmonds in Pottsville, Pennsylvania.

He is also survived by his companion of the last 12 years, LaDonne M. Bland and her daughters Deanna LaNell Bland and Eleanor Styron and her husband Ben and their families.

Dave grew up in Mary-D Pennsylvania with his family, found his love and married Kate where they had five children together.  Later after working various jobs and in the coal mines, they moved their family to the South.  Eventually they found a home in the early 1980’s in Wilmington area and settled their family.  His home was always open to anyone in need; such as Joe, Chrisy and Shawn just to name a few.

A hard worker and a generous man, his trade in construction was passed on to his children and a gift to anyone he could help.  His kind and giving heart made for some endless and timeless days helping others.

He enjoyed a simple of day, fishing , hunting and cooking out.  His love and passion for racing was shared throughout the family and a die hard Mark Martin fan from the beginning to the end.

After the passing of his wife Kate, Dave later retired and opened his heart again to share his retired years with LaDonne Bland of Rocky Point, NC. She gifted his final years with all that she had.  She loved, cared and opened her home to his family.  The presence of her daughter Deanna who helped watch over him added to the presence of family in the home which Dave loved the most.  There he was surrounded by his love for nature, animals and all things he loved to tinker with.  He will be greatly missed every day.  He was not a man of many words, but a man to many.

To celebrate his life together, the family and LaDonne will receive family and friends on Saturday, October 8, 2016 from 2pm at the home of Sandra and Ray Burger located at 2650 Clarks Landing Road, Rocky Point, NC 28457.

In lieu of flowers, the family requests that donations be sent to the home of Joseph Edmonds at 317 Smallwood Court Wilmington NC 28411.  The money will be used to complete the final burial arrangements that will take place at a later date to be announced in Pennsylvania.