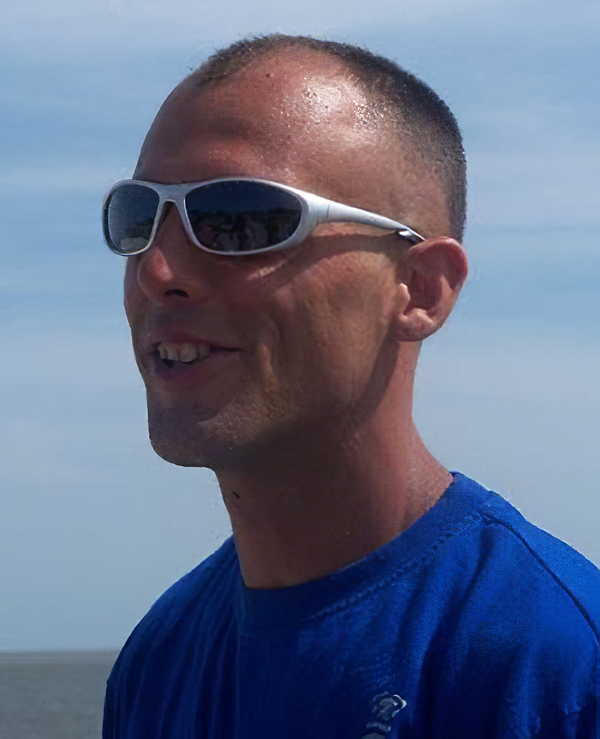 In high school David was on the football team and earned a scholarship but chose to forego college and instead join the Army where he went to AIT and Basic in Fort Sill, OK and Jump School at Fort Benning, GA. He served for 7 years, during that time he completed a tour in Kuwait, then went on to receive his Bachelors Degree in Accounting.

David valued his career as a Project Superintendent with Balfour Beatty Infrastructure. He was a hard-working man and started from the bottom, worked his way up, and was not finished there yet. One of his greatest accomplishments was his work in building the Wilmington Bypass. When he wasn’t working he enjoyed sitting around the house watching movies, napping, or looking out at his pool and talking about all of the plans he had for his house.

David was a man who overcame many obstacles in his life and was admired for it by those around him. He always had a sarcastic comment to add to any conversation and loved to make those around him laugh. He will be deeply missed by his family, friends, and all who knew him.

Service arrangements to be announced.