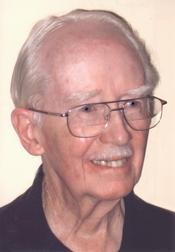 David, (also known to many as “Rusty”), died peacefully at the age of 82 at New Hanover Regional Medical Center. Born in Massachusetts, David’s family consisted of his parents, Harry Edward and Frances McDonnell Flaherty, one older brother and three sisters, all of whom preceded him in death. He is the beloved husband of Dorothy Walpole Flaherty; father of Ellen Rindner, Jean Lussier, Steven Flaherty; and grandfather of six, Michael, Daniel & Rachel Rindner, and Thomas, John & Ryan Lussier.

Much of Dave’s life involved traveling in his early years, a result of his father’s job with the Federal Government setting up shoe factories across the United States for military needs in WWII, later, overseas in connection with his Korean War military service in the US Navy, and still later both domestic and international travel, performing advertising, marketing, and training management functions with the Chemicals Division of Pfizer Inc. Though he held several titles over his business career, most involved the artful use of communications in one form or another. Perhaps this was a natural result of his chosen pursuit of a degree in Journalism at the University of Missouri. On the other hand, perhaps his choice of school was a result of this innate ability.

Dave felt he was blessed during his long working career. Not only did he work for solid, successful companies, he worked in an era where the dollar was but one criteria of success, not everything. People were allowed to grow and develop within the companies they worked for and did not have to quit and start over in another. Though challenging, he enjoyed his work and also the friendships of the many people it involved. Then again, he enjoyed his retirement years as well, and the opportunities they provided to play golf, fish, and generally putter around with various hobbies. And again, not surprising, even his retirement involved travel; three states and four cities.

Most of all he enjoyed the love and companionship of his beloved wife Dorothy and their marriage of almost 60 years. He will be greatly missed by her and his children; Ellen, Jean and Steven, whom he deeply loved.

The family will receive friends Thursday evening from 7 pm until 9 pm at Wilmington Funeral & Cremation.

A Mass will be 10 am Friday at St. Mary Catholic Church with The Very Reverend Robert J. Kus officiating.

In lieu of flowers, memorial may be made to St. Mary Catholic Church or to the Leukemia & Lymphoma Society.