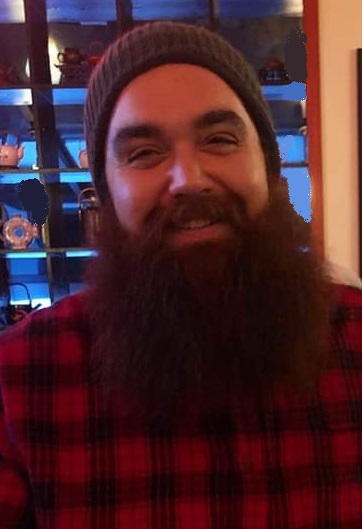 Dean Harrison Goodyear, 30, passed away Sunday, March 10, 2019, at home after spending a beautiful day with his fiancée.

Dean was born Dec. 6, 1988, in Florida. Shortly after his birth, he moved to Richmond, Virginia, where he spent the first half of his life. He then moved to Topsail Beach, and eventually, Wilmington.

Dean attended high school in Topsail, went to CFCC for film school, attended massage therapy school and was recently taking online courses through Google and Harvard in information technology and coding in order to obtain an entry-level job in that field.

Dean worked in film for a few years after graduating from CFCC with a film degree, in downtown local restaurants and bars as doorman, as a massage therapist for a short time after graduating top of his class, as assistant brewer at Bills Front Porch for two years and then moved to Broomtail Craft Brewery as head of sales and distribution.

In his spare time, Dean thrived on making short films and working on film projects with his friends, learning about anything and everything under the sun, running Trivia at Cape Fear Beer and Wine and Lucky Joe’s Craft Coffee, playing video games, watching Marvel and DC movies, drinking craft beer, laughing with his friends, and spending time with his fiancée. He and Alice had just begun attending Port City Community Church.

Dean Goodyear was by far the most intelligent, most refreshingly kind, most overwhelmingly loving, and truly most gentle human being that this world ever had the privilege of knowing. We all know that he was a big guy, but the truth is, his presence, heart, and impact on people he crossed paths with was even bigger. He had this way about him that, even if you only knew him for a brief moment, he had this long-lasting effect on you. He was so spiritual and in-tune with things of this world that not many people can understand and most don’t even notice. He just got it all somehow, and he went about his life with such grace and such joy that it was contagious to those around him.

Dean always had a positive, hard-working attitude in everything that he did, from his work to his film projects he worked on with his friends, from new career goals to winning the love of his life’s heart (and he sure was persistent on that one). He always knew how to make people smile and laugh when they really needed it with his silly faces, exceptional voices and impressions, and positive reinforcement. He always knew what to say. He always knew when you needed one of those bear hugs, or when you needed a pick me up like hearing him talk about his love for the Grease soundtrack.

Out of all the stories told by his loved ones, not one of them was bad, not a single one of them was even remotely negative; but instead, they were all happy, loving, true, and deep. He was, without a doubt, the most beautiful soul, and he really did love us all so very much. This community we have in town wouldn’t be what it is without Dean. To know him, was to love him, and we are all feeling this loss as a big family.

He was preceded in death by his mother, Lourinda Goodyear.

A memorial service will be held at 11 a.m., Tuesday, March 19, at Port City Community Church, 250 Vision Drive. A reception will follow the service at The Terraces on Sir Tyler, 1826 Sir Tyler Drive.

In lieu of flowers, please consider donating to the Honeybee Conservancy. Dean and Alice shared a love for honey bees. When they first started dating, they would see bees around in the most random places, where bees wouldn’t normally be seen. Dean would always say, “It’s a good omen.” Alice read it that they were on the right track in their lives and each other’s soulmate. The day after Dean died, Alice had bees surrounding her while sitting outside enjoying the beautiful day Dean had given her. Please also consider a donation to Cape Fear Independent Film Network, as Dean was passionate about film, movies and voice acting and we’d love to see film come back to Wilmington, where it belongs.

“He was my best friend, my soul mate, the love and light of my life. I truly believe that he was made for me and I was made for him. He always told me that I was the one who changed his life and taught him so much about himself, about God, and about love. Little did he know; he was really the one changing mine. I am a different and better woman for knowing and loving Dean and even though our time was cut way too short, I am so grateful that he chose me to love him for the rest of his life. I can proudly say that Dean knew what true love felt like before he left this earth. My heart will always truly belong to Dean Goodyear.” – Alice