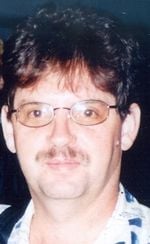 Born March 7, 1959 in Port Elizabeth, South Africa the son of George Duffield and Yvonne Rabie Duffield. He was a senior engineer for Siemens. Family always came first in his life. He was very devoted to his job and everyone around him. He enjoyed his time at Topsail Island and will be dearly missed by all who knew him.

In addition to his parents surviving are his wife of 28 years Joan Duffield, son Kevin Duffield and wife Adrienne Duffield, daughter Bronwyn Duffield all of Chapel Hill. He is also survived by Brothers Keith Duffield , Trevor Duffield, both of South Africa, and sister Debbie van Schalkwyk of Houston, Texas.

A memorial service will be held at a time to be announced.