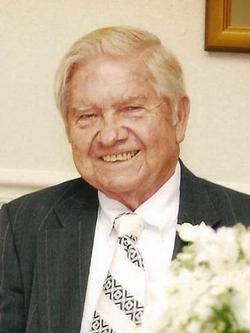 Services will be held at the Church of Jesus Christ of Latter-Day Saints 514 College Rd. Wednesday December 10, 2014. Viewing will be at 1:00 PM and the service at 2:00 PM Graveside service to follow.

Dewey was born April 7, 1930 to John and Myrtle Keller in Maryville, Tn. Upon graduation from Everett High School, Maryville, TN, he joined the Navy, he was embarked for two tours during the Korean War. He served in the Navy for 7 years. After his honorable discharge, he took the electronic skills developed in the Navy and worked for IBM and then RCA, working in the national defense arena. In 1973 he relocated his family to Castle Hayne after accepting employment at Federal Paper Board. He retired in 1992 as the maintenance supervisor but continued being the resident electrical and electronic expert to anyone needing his assistance. He was a licensed pilot, electrician, heat and air, pool maintenance, and realtor, he liked licenses. He taught electricity at Cape Fear Tech. He had a life-long thirst for knowledge and had the heart of teacher, always willing to assist anyone in need of any of his many talents. Even though he was usually the smartest guy in the room, humility was one of his greatest traits.

He was an active member of the Church of Jesus Christ of Latter-Day Saints, he served as a member of the Bishopric, Sunday school teacher, Elders Quorum President, Mission Leader, High Councilman and Genealogy librarian.

In lieu of flowers please donate to the LDS Church Mission Fund or to the Wounded Warrior Project.

Please share memories and condolences with the family at wilmingtoncares.com