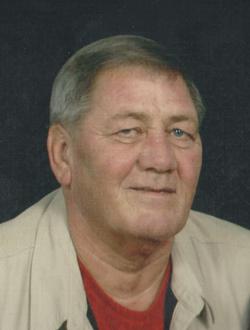 Don Benjamin Coombs, Sr., Age 68, of Supply, NC passed away peacefully on Saturday, December 27, 2014 surrounded by loved ones at the SECU Hospice House of Brunswick.

He was born February 3, 1946 in Bladen County to the late Louis E. Coombs and Maggie Dowless Coombs.

He is survived by his best friend, companion, and loving wife of 48 years, Mary Burton Coombs, along with a daughter Donna C. Elderdice (Randy), and son Don Benjamin Coombs, Jr. (Jennifer), his sister, Maggie C. Yow and brother Lee Roy Coombs, in laws Martha and Tom Lamb, Clayton and Diane Burton and Patricia Coombs, along with 4 grandchildren, 2 great grandchildren and several nieces and nephews.

Ben was the best husband, dad, granddaddy, papa, brother and uncle that God could have made. We will all miss him dearly.

Don Benjamin, better known as “Ben” worked in the Carpenters and Milwright Union until he formed his own business in the late 70’s. He was the owner and operator of Coombs Auto and Boat Trim in Wilmington until his retirement in 2004. He loved boating and fishing and loved being near the water.

In lieu of flowers the family suggests memorials “In memory of Don Benjamin Coombs, Sr.” be made to the Lower Cape Fear Hospice Foundation 1414 Physicians Drive Wilmington, NC 28401, or a charity of their choice.

The family would like to extend a heartfelt thank you to all the staff at Duke Hospital, Dr. Howard Ruscetti and his staff and to Dr. Brigitt Arb and her staff, and the entire staff of the SECU Hospice House of Brunswick for preparing Ben for his journey Home.

Please share condolences and memories with the family by Clicking on the “Sign Guest Book” tab above.