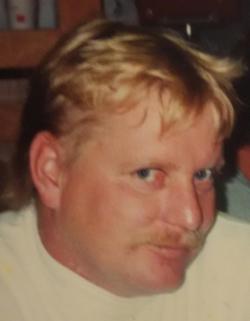 Donald “Donnie” Lane Ward of Wilmington, NC was called home to be with the Lord on February 1, 2015. His precious life was tragically ended and taken by another.

Donnie was born to Douglas and Sally Ward (now Sally Horne) on January 18, 1964 in Wilmington, NC.

A professional painter by trade. Donnie was an avid fisherman. He enjoyed the beach, gardening and most anything pertaining to the outdoors. He was also a very creative and talented carpenter.

Donnie was a free spirit. He was an extremely caring person with a huge heart. His laughter could fill a room, and his smile could brighten your worst of days. He was tragically taken from his family and will ALWAYS be dearly loved and greatly missed. Our only solace is knowing he is forever watching over each and every one of us from above.