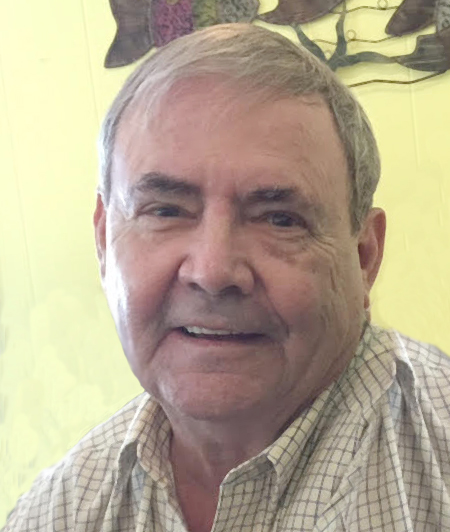 Douglas Everett Hardwick, 77, of Wilmington, NC, passed away on Tuesday, September 12, 2017 at Liberty Commons Rehabilitation Center.  Born in Horry County on August 12, 1940 to the late Willie Everett Hardwick and Macy Lewis Hardwick, he lived most of his life in Wilmington, NC.  He is preceded in death by his brothers, Lewis, Danny and Billy, and a sister, Oneita DelConte.  He is also preceded in death by his companion of thirty-four years, Charlotte Canaday.

Doug was a passionate man who enjoyed cooking for family and friends, NASCAR, the New York Yankees, camping in his motorhome, and a good ol’ political debate.  After retiring from his trade as an electrician, most of his time was devoted to gardening and spending time with family and friends.

Doug was extremely proud of his three daughters, Martha Kane (Jim) of Richmond, VA, Karen Jones (Eddy) of Ocean Isle Beach, NC, and Heather Hardwick (Kris) of Charleston, SC.  He also had four granddaughters, Kelby, Kerby, Holland and Sidney, and four great-grandchildren.  Also surviving are his brothers, Charles (Becky), of Leland, NC, Larry (Arlene) and Johnny (Marsha), all of Wilmington, and a sister, Linda O’Quinn (Billy), also of Wilmington, and many nieces and nephews.

A funeral service will be held on Saturday, September 16, 2017 at 11:00 am at Wilmington Funeral Chapel, followed by a graveside service at Greenlawn Memorial Park, 1311 Shipyard Blvd.

“We’ll always remember you daddy because there will never be another one to replace you in our hearts, and the love we will always have for you.”