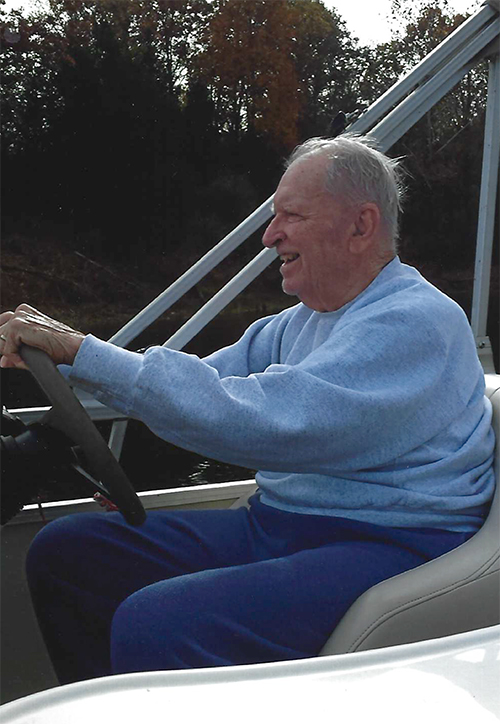 Don was born in 1931 in Herrin, IL the son of Aggard and Mary Bender. He grew up in Herrin where he attended South Side School and graduated from Herrin High School in 1949. Don joined the U.S. Air Force right after high school where he repaired aircraft at Ladd Air Force Base near Fairbanks Alaska. After promotion to staff sergeant, Don left the Air Force in 1952 and graduated from SIU’s Vocational Technical Institute at Crab Orchard. Later, he was employed at McDonald Douglas Aircraft Corporation in St. Louis, Missouri. Don joined Olin Mathison located in the Crab Orchard Ordill area in 1959 as a mechanical engineer and retired in 1993.

Don married Dolores Bione on April 7, 1957 and together they shared over 58 wonderful years of marriage until Dolores passed on September 29, 2015. He was also preceded in death by his brother Richard, and his parents.

He was an active member of the Herrin Elks and American Legion. Don held a lifelong love for his dogs, fishing, camping, and travel.

He was a caring Father and Grandfather who especially loved travelling with Dolores to spend time with their grandchildren and family.

Special thanks go to his good friend and ‘jack of all trades’, Steve Slimak, whose help allowed Don to stay in his home at Lake of Egypt these past 5-1/2 years.

Memorial services and Inurnment will be Sunday, June 6, 2021 in Southern Illinois.

In lieu of flowers, memorials may be made to Lower Cape Fear Hospice in Wilmington, NC (lifecare.org/donate) or the American Parkinson’s Disease Association (apdaparkinson.org).