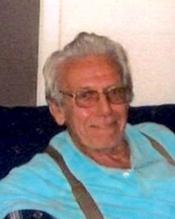 Born April 13, 1936 in Effingham, IL, Don, as he was called by friends and family, was a “Jack of all Trades.” He had been a crop duster, a plantation care-taker, a special needs volunteer, an avid fisherman, a volunteer fireman, and he even served in the United States Air Force overseas in Korea. Before moving to Wilmington, North Carolina in 1983, Don also owned and ran his own business, McDevitt Roofing and Painting in Olney, IL for 20 years.

Donald McDevitt was a faithful and loving brother, husband, father, and friend. Those who have had the privilege to know him can only agree in saying that he will be missed dearly by all.

Cremation rites will be performed in Wilmington, NC as per Don’s final wishes.

The family will be holding a funeral mass at Sacred Heart Catholic Church in Effingham, IL on September 28, 2013.

Visitation will be from 10-11 AM and Mass at 11AM. There will be a luncheon after the service.

In lieu of flowers, please donate to the American Heart Association, Hospice, and or AMFAR charities.

Please share condolences with the family by clicking on the “guest book tab” above.