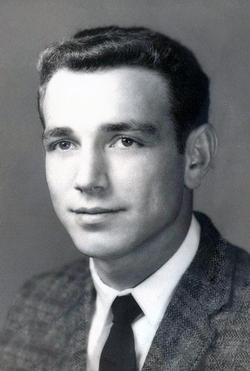 He was born in Kinston, NC, on January 25, 1943 to the late Reuben Kenneth Buie and Ruby Mae Barnett Buie. Donald is survived by his loving wife of 50 years, Phyllis Moore Buie; a son Donnie Buie and wife, Crystal; a daughter Kristi Buie Parrish, and grandson Cody Eugene Parrish of the United States Navy, currently serving on the USS Wayne E Meyer, a guided missile destroyer, in the Pacific. In addition, he is survived by his devoted mother-in-law, Mary Elizabeth Moore, and a sister, Gloria Buie Millinor and husband, Eddie. Donald adored his dog and special companion, Bruiser. He was preceded in death by his brother, Kenneth Ray Buie.

Donald was a 1961 graduate of New Hanover High School. He began his career with WECT-TV in 1960 as a film editor and director of live shows. In 1972 Donald began working with General Electric. After 22 years of loyal service with GE, he retired in 1994 as a Class “A” Inspector in the Aircraft Engine Division.  Donald was a man of many talents, which included carpentry. He used his carpentry skills to create lovely things for their home in Wilmington, as well as building his and Phyllis’ country cottage on their family land in Winnabow, NC. During his retirement, Donald enjoyed driving his Massey-Ferguson tractor while tending their land in Winnabow. One of the highlights of his life was when he and Phyllis were asked to participate in the Cape Fear Garden Club’s 2012 Azalea Festival Garden Tour. He contributed to their gardens by creating birdhouses, a potting shed, a small glass house and other garden accents that enhanced their beautiful gardens.

In their earlier years together, Donald and Phyllis enjoyed camping and boating with family and friends. His greatest joy was spending time with Phyllis. They were always together and considered each other as their best friend.

A memorial service to celebrate Donald’s life will be held on Monday, April 28, 2014, 1:00 PM at Wilmington Funeral and Cremation. The service will be conducted by Rev. Eugene Ridley of Long Leaf Baptist Church, where Donald was a member.

The family would like to extend their appreciation to the NHRMC 8th Floor and CVICU Nursing Teams and the many doctors involved in his care.

In lieu of flowers, donations may be made to the American Diabetes Association, P.O. Box 11454
Alexandria, VA 22312.