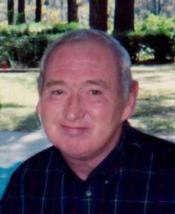 He was born in Miami, FL on September 17, 1951. His parents were the late James Pope Mathews and Lou Ella King Mathews. He was preceded in death by his son, William Michael Mathews and a sister, Geannie Denning.

Donald was a veteran of the US Navy. He was a professional Chef and cook and worked at several restaurants in Wilmington until his retirement.

He is survived by his wife of 42 years, Dorothy Squires Mathews; one daughter, Tammy Lynde and husband Shean; two grandchildren, Savannah Lynde and Joshua Lynde; one brother, Jimmy Mathews and wife Judy and one sister, Kathy Squires and husband Donald.

A Celebration of Life ceremony will be held 6 pm Friday, December 6, 2013 at Wilmington Funeral Chapel.