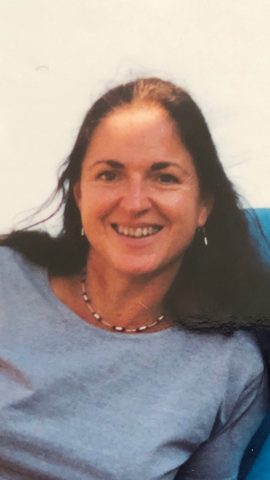 Donna Carol Steele Shawver of Carolina Beach, N.C. and wife of John Arthur Shawver, passed on to a better place at 6 am, Wednesday, February 26, 2020. Donna was born to the late George C. Steele and Carolyn Davis Steele, on September 10, 1954 at the original Roanoke Chowan hospital in Ahoskie, N.C.

She grew up in Winton, N.C., where she worshiped at Winton Baptist Church. She attended Winton Elementary School, then Ahoskie High School for grades nine and ten and then eleventh and twelfth grades at Murfreesboro High School. She received her undergraduate degree at the University of North Carolina in Greensboro. She later received her MBA in Counseling Education at East Carolina University. She was head counselor and head of the Department of Special Services at Virginia Intermont College. After that she moved to Nags Head, N.C. and was the assistant director of The Nature Conservancy’s Nags Head Woods Nature Preserve. From there she moved to Wilmington, N.C., where she was the director of the Episcopal Church’s Good Shepard Center Homeless Shelter. She then became the director of the Food Bank of Wilmington, where she worked until developing breast cancer.

Donna was a very giving and caring person. Even at the homeless shelter, she used to joke that she developed a pose’ of individuals who protected her. She genuinely cared about all people and things, and did all she could to serve the good and to combat the evil in this world. She was passionate about all that is good. She embraced peace and exuded peacefulness. She had a love for plants and grew the most beautiful indoor and outdoor plants. She had a green thumb that was unsurpassed. Donna loved music and had a knack for acquiring great seats to some of the best concerts ever. Avid UNC Tarheel fans, she and John attended many UNC Tarheel basketball games. She loved the beaches of North Carolina, and spent many hours strolling along the coast looking for treasures, especially beach glass. She has one of the most beautiful beach glass collections imaginable, which may explain why there is a shortage!

Donna was passionately involved in sea turtle rescue, and conservation. It was while sleeping on the beach one night watching a sea turtle nest, waiting for the eggs to hatch, that she came up with the name N.E.S.T., the Network for Endangered Sea Turtles. Which is the name for the volunteer organization dedicated to the promotion and facilitation of sea turtle life on the Outer Banks of North Carolina.

Left to cherish her memory, are her husband John Arthur Shawver of the home; step- daughter; Chrissy Beckwith and special grandchildren, Baylee and Hannah Beckwith of Wilmington; her brother Clint and wife Donna of Winterville, NC; her brother Jim and wife Donna of Ahoskie, NC; and nieces Carmen Byrum (Al) and daughter Ali; Shea Brock (Josh) and sons Colin and Carter all of Ahoskie; Mariah Steele of Raleigh; Melisa Poindexter (Stephen) of Roxboro; and their children Owen and Olivia. Nephew Clint Steele and wife Molly of Garner, NC.

A special family gathering and celebration of life will be held to honor her memory.

In lieu of flowers, donations may be sent to The Network for Endangered Sea Turtles (www.NESTonline.org) (252-441-8622). Or The Karen Beasley Sea Turtle Recue and Rehabilitation Center (www.seaturtlehospital.org) (910-329-0222).