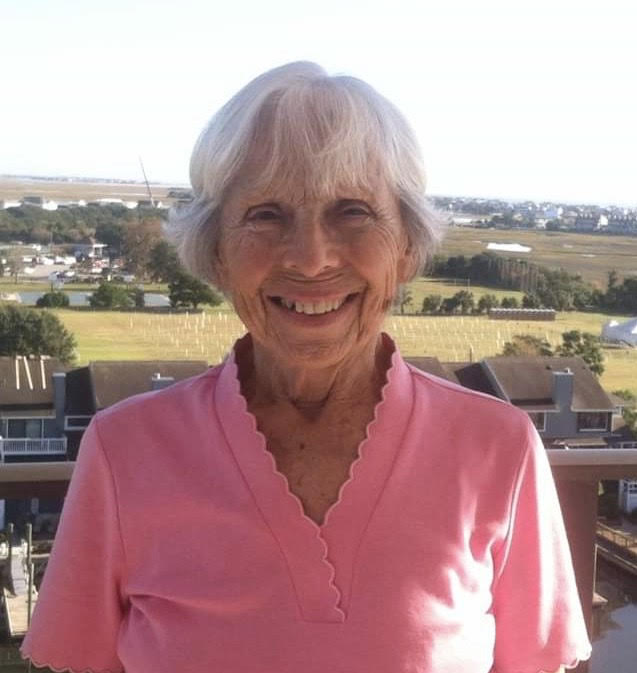 She was born in Syracuse, NY on October 21, 1924 to the late Norman Sperbeck and Elizabeth Reinman Sperbeck.

Doris and her husband Bob previously lived in upstate New York, where she worked as an executive secretary at Corning, Inc. They both retired in 1986 and moved to Marco Island, FL. She enjoyed spending time with family and friends, boating on Seneca Lake, traveling to Ireland, and playing golf. She was always smiling and cheerful, especially after recording one of her 3 hole in ones.
In 2012, Doris and Bob became “Halfbacks” when they moved from Marco Island back north to Wrightsville Beach, NC. It was here that they enjoyed time overlooking the island and meeting up with old friends. Both her and Bob moved to Arbor Landing at Hampstead in 2018.

A memorial service is planned for 10:00 am on January 17th at St. Ann’s Church in Syracuse, NY. A private internment will occur at a later date at Woodlawn National Cemetery in Elmira, NY.

The family requests that any memorial donations be made to the Lower Cape Fear Hospice.