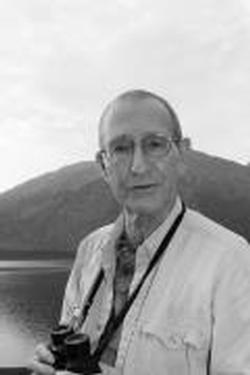 Douglas LeRoy Langan, 70, of Wilmington, NC, passed away August 25, 2014, at home, after a heroic battle with lung cancer.

Doug was born in Phoenix, AZ, October 9, 1943. His parents were Dolores and Leroy F. Langan.

Doug’s father spent more than 30 years in the Army, so Doug grew up all over the U.S. and abroad in Korea. Baseball was a lifetime love and he played from childhood through college. He was a star pitcher who earned both the nickname “Lefty” and a try-out with the major leagues. Doug graduated from the University of Pittsburgh and enrolled at Georgetown University Law School. He left mid-stream to join the Peace Corps, serving in a tin mining town at an elevation of 14,000 feet in the Bolivian Andes. He completed his law degree at Rutgers Law School in 1971 and joined the State Department as a Foreign Service Officer later that year.

Doug served overseas as Vice Consul in Istanbul,Turkey, First Secretary in Havana, Cuba, Counselor of Embassy in La Paz, Bolivia, and Deputy Chief of Mission in Lima, Peru. In Washington, he served as Deputy Assistant Secretary of State in four different Bureaus, one of very few people to hold so many senior posts. Doug led the advance team that re-established a Foreign Service presence in Cuba in 1977, and later was responsible for opening U.S. Embassies in the newly independent republics of the former Soviet Union, the former Czechoslovakia, and the former Yugoslavia. In his final assignment, he was Deputy Director of the Foreign Service Institute.

After his retirement in 1997, he served as a consultant to the Department. Most notably, he organized the new Office of the Global AIDS Coordinator after the creation of the President’s Emergency Program for AIDS Relief. In 2005, he chaired a task force that reviewed the U.S. diplomatic presence in Iraq and made widely-praised recommendations regarding the staffing and organization of the new Embassy in Baghdad. He received a number of significant awards from the Department of State for his work. He was most proud, however, of raising his three boys as a single parent. Doug retired to Wilmington in 1998.

He reveled in his retirement years; living near a beautiful beach, where he finally had time to indulge his passions for fishing, running, reading, and watching sports on TV. He valued his family above everything and loved spending time with each of them. He was a very special person, with a gift for listening attentively to every person he encountered. He was so knowledgeable and accomplished, and yet so unassuming and modest. His sense of humor, quick wit and ready laugh made him a joy to spend time with.

A memorial service will be held at Mt. Lebanon Chapel, Wilmington, NC, Friday, Sept. 5, at 11:00 am, with a reception to follow at 12:30 pm at the MacCumber Terrace Clubhouse, 6660 Trolley Lane, Wilmington, NC.

The family is deeply grateful for the care provided by Doug’s doctors who worked so valiantly to extend his life and the outstanding care provided in the last weeks of his life by the Hospice nurses and doctors.