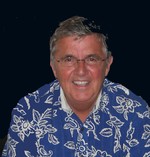 He was born in Riverside, CA where his father served in the US Army during World War II. He was raised in Elizabethtown, NC where he graduated from high school and received the badge of honor as an Eagle Scout. Moving to Wilmington as a young adult, Dexter was employed by W R Grace for 29 years and attended UNCW while working to raise his family. He graduated with honors with a Bachelor of Science degree in Environmental Chemistry and received the John T Hoggard award for academic excellence. In 1988, at the age of 44, he entered dental school at the University of North Carolina Chapel Hill. He graduated with a Doctor of Dental Surgery in 1992 and was offered admittance to medical school. Following the desires of his heart, to work as a dentist in a small town in Eastern North Carolina where he could serve his fellow man, he entered into the dental practice with Dr. William Stoppelbein in Warsaw. The practice of Stoppelbein, Coleman, and Hardison was formed in 2001 with the addition of Dr. Chris Hardison as a partner. For the past 17 years, Dexter has enjoyed practicing dentistry with his loving staff, “his girls”. His generous nature has afforded comfort to many people in this community. One of the greatest loves of his life was his airplane, N3665W. He purchased this in 1995 with a friend and spent many hours in the air. Dr. Coleman was loved by everyone who knew him. His fun loving spirit was evidenced by his love for wearing brightly colored Hawaiian shirts. One could always tell when he was near by the jingle of the coins in his pocket. He was a member of the Board of Directors of Southern Bank in Warsaw.

A memorial service and celebration of life will be held Friday, March 13 at 1:00 pm at Warsaw Baptist Church in Warsaw, NC.