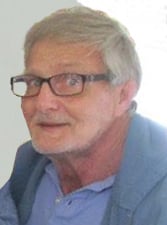 He was born in Williamsport, PA. on June 8, 1939, the son of Andrew Welliver and Elizabeth Thompson Welliver.

Dr. Welliver was an Orthopedic Surgeon who practiced for over 50 years.

Together with his love of Orthopedic Surgery; he was an ardent football fan, having played at Greenbriar Military Academy and Virginia Polytechnical Institute (a Hokie thru and thru) he greatly enjoyed spending time with family watching a game.

Dr. Welliver served his country with honor and distinction as a Commander in the United States Navy during the Vietnam War.

No services are planned.