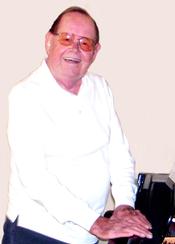 He was born in Rome, NY on June 4, 1936 to the late Harold James Jones and Mary Regner Jones.

Bob earned his BA Degree from the State University of New York in Potsdam, and his Doctor of Musical Arts from Stanford University. He taught music and conducted the Jubilee Singers at Fisk University in Nashville, TN for several years. Then for 17 years, he was on the faculty at St. Lawrence University in Canton, NY until his retirement in 1987. He then relocated to Oak Island, NC, and formed a catering company, Chefs-for-a-Day, with Gail Berry. In 1997 he retired for the second time and moved to the Woods at Holly Tree in Wilmington. At Holly Tree he organized a concert series “Sunday Musicales” which brought many local professional musical artists to perform at Holly Tree for the residents and guests there.

He is survived by two sisters, Betty Phillips of Clinton , NY, and Mary Lou Hall (Roy) of Rome, NY; one brother, Rod Jones of Clinton, NY along with two nephews and one niece, and their families, and his friend Gail Berry of Wilmington.

To honor his wishes, no memorial services are planned.

At the request of his family memorial donations may be made to the Lower Cape Fear Hospice Foundation, 1406 Physicians Dr., Wilmington, NC 28401.