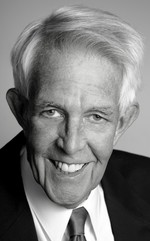 He was born in Winston Salem, NC on May 15, 1937 to Dr. Rowland Long and Ellen Margaret Seagren Long.

Dr. Long graduated first in his class from Thomasville High School in 1955. He attended the University of North Carolina at Chapel Hill as a Morehead Scholar and graduated with an A.B. in Chemistry in 1959. He later attended Columbia University and Cornell University where he earned his Ph.D. in Physical Chemistry.
He began his long and influential career as one of the first employees of the Research Triangle Institute in 1959. He was a visiting Assistant Professor in chemistry and biophysics for several prestigious universities including Cornell University, Medical College of Virginia, Pennsylvania State University, and the University of Michigan throughout the 60s and early 70s. In 1973 he joined the faculty of the University of Chicago as an Associate Professor and gained a worldwide reputation as a pioneer in the field of Energy Analysis.
Dr. Long had an unwavering commitment to the advancement of international biomedical research. He made significant contributions to the field through his work as CEO of the Maine Center for Innovation in Biotechnology, through his breakthrough biomedical research with nutraceuticals, and through his extensive international consulting. From 1984 until his death he founded and operated Maricultura, Inc, and ZuZu Bioceuticals, Ltd through which he held several patents for his fermentation technologies.

Possessed of a witty sense of humor and tireless work ethic, Dr. Long devoted his life to his family, his work and his sincere desire to leave the world a better place. He was a gourmet cook, a community activist, and a great friend. He was the co-author of two books and more than 80 publications in chemistry and economics. He was a member of the Scientific and Statistical Committee of the South Atlantic Fishery Management Council, National Academy of Science Committee on Industrial Energy Conservation, Japanese Evaluation Mission, treasurer of the Pan-American Marine Biotechnology Association, and a consultant on industrial development for the governments of Egypt, Brazil and the Dominican Republic, as well as for NATO and the United Nations Economic commission for Europe.

A service and celebration of his life will be held in Wrightsville Beach, NC on Saturday, January 17, 2009 at St. Andrews on the Sound Episcopal Church at the corner of Oleander and Airlie at 2:00 p.m. A celebration for family and friends will follow.

He was preceded in death by his sister Amelia Renee Long, his stepmother Beatrice Long, and his beloved nephew Joshua Thomas Harris who proudly served our country as a Navy SEAL.