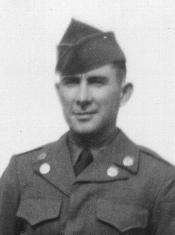 Earl Rhyne Faires, 87 of Wilmington and formerly of Charlotte passed away Friday, December 9, 2011.

He was born in Rockhill, SC on June 29, 1924. His parents were Wiliam Faires and Lilly Robinson Faires. He was preceded in death by his son, Earl Rhyne Faires, Jr.

Earl was a proud veteran of the NC Army National Guard and served during the Korean War as a combat engineer. He was a member of First Baptist Church in Wilmington. He and his brothers owned and operated Faires Mobile Home Sales in Charlotte and was the last acting president of the company before its closing.

A funeral service will be held 11 am Monday, December 12, 2011 at the Sunrise Mausoleum Chapel in Oleander Memorial Gardens, 306 Bradley Dr., Wilmington, NC.

In lieu of flowers memorial contributions may be made to First Baptist Church, 411 Market Street, Wilmington, NC 28401.