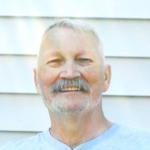 Earl Wayne Britt, loving husband, father, and grandfather, went to be with the Lord on the wings of an angel on October 31, 2010. He will be greatly missed by all who knew and loved him.

He was married for 32 years to the love of his life, Sherry Powell Britt. He loved the Lord and he loved his church. Wayne never met a stranger. He worked as a law enforcement officer from 1993 until 2010, and spent his last five years working as a Sergent for the Special Police at New Hanover Regional Medical Center.

There will be a visitation from 6-8 PM, Wednesday, November 3, 2010, at Wilmington Burial and Cremation Service.