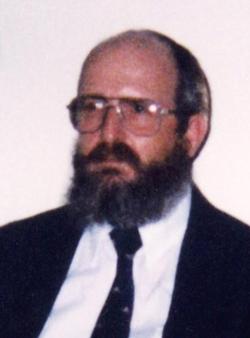 Bryan was born in Germany on March 1, 1955. His father Homer Bryan Chadwick preceded him in death.

Bryan was a Master Mason for over 30 years and was a former member of Wilmington Lodge #319 AF & AM where he served as Master and Secretary and holds the honor and distinction of Past Master and Past Secretary, as well the title of Certified Lecturer and held the title of Past District Deputy Grand Lecturer for the Grand Lodge of North Carolina. He was a member and currently serving as Secretary of Waccamaw Lodge #596 and was secretary of the Wilmington York Rite Bodies where he held many honors and positions, a member of Wilmington Scottish Rite Bodies, and Knight Masons, SENCLand Council #42. Bryan was a Sudan Shriner and former member of Sudan Drum & Bugle Corps. Bryan was well known and respected among the Masonic Family in Southeastern North Carolina as well as throughout the state. In the words of one of his brother masons and the sentiment of all brother masons, Bryan was a Masons Mason, he did anything that was asked of him and would travel anywhere he was needed to serve in degrees and lectures; and was a dedicated and outstanding ritualist.

Bryan was a proud veteran of the US Army serving from 1973 to 1977. He studied Marine Oceanography at UNCW and worked at the Corning plant in Wilmington and later resigned his position to help his mother operate and maintain Chadwick Mobile Home Park in Leland after his father’s passing. He was a certified Heating and Air technician among many other talents, and could repair and fix most anything that needed repair.

A memorial service will be held 2 PM Sunday, December 14, 2014 at Wilmington Funeral Chapel officiated by Rev. Eugene Ridley including a Masonic Memorial Service and US Flag presentation by the American Legion Post 10 Honor Guard.