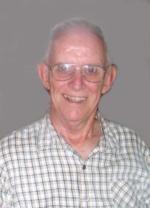 He was born March 15, 1930 in Albany IL. Graduated from Port Byron High School in 1947. He married Nancy Zwolanek on June 24, 1950 in Rapids City, IL. He served two years in the Army during the Korean War stationed in Austria. He worked at Ametek and then worked and retired from John Deere in November 1984. Upon retiring Ed and his wife Nancy, moved to Cape Coral, FL. While in Florida he worked at a Funeral Home and then at a local College.

He was preceded in death by his parents Ed and Sadie Sullivan, and two brothers, Gene and Kenneth.

He was a devoted husband, father and grandfather and will be greatly missed.