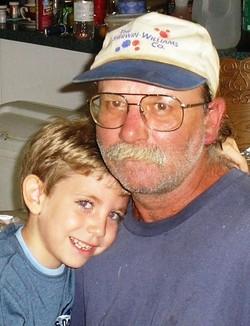 Edward Glenn Wagoner of Leland, NC died, Sunday, January 2, 2011, at his residence.
He was born in Chapel Hill, NC, on August 5, 1962 and was the son of Oscar Glenn Wagoner and Myrtle Christine Scoggins.

Edward was a member of the New Hope Baptist Church. He enjoyed fishing and trains, but especially loved to raise chickens. To many, he was known as “Mr. Fix It”, as he could fix just about anything.

“Edward was one of those special people, that God sends to us for a season.”

Surviving besides his parents, Christine Scoggins Grey and her husband Allen Grey of the home, a sister, Vedra Lynn Thomas and husband Lonnie of Leland, NC, two nephews, K. Thomas Grey-Simmons and Conner Thomas, both of Leland, NC, and many cousins.

The family will receive friends on Wednesday, January 5, 2011, at Riegelwood Baptist Church, 103 North Carolina 87, Riegelwood, from 10:30 am. until service.

A memorial service will be conducted Wednesday, January 5, 2011, at 11 am. at the Riegelwood Baptist Church by the Rev. Charles M. Hester and Rev. John Porter.