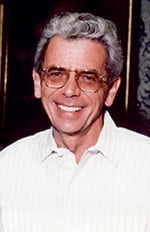 Jim graduated from Lafayette College in Easton, Pennsylvania in 1964 with a degree in Government and Law. He then enlisted in the US Army serving 2 years during the Vietnam War and was discharged as a First Lieutenant.

After retirement Jim spent many very cherished years living in his beloved home, La Vita Bruta, on Bald Head Island, NC and raising his youngest daughter there. One of his greatest passions was The Bald Head Island Conservancy and he greatly enjoyed his time volunteering with the organization.

Jim is survived by his wife Helyn; his three children, Cathy Wisner Ransom (Jeff) of Atlanta, GA, Sean Wisner of Valdez, AK and Alexandra Wisner of New Haven, CT; grandchildren, Grace and Sam Noble and Elias and Makena Wisner; and sister, Virginia (Gerry) Stahl . He was preceded in death by his brother John (Jack) Wisner.

In lieu of flowers, the family requests that memorial donations be made to The Bald Head Island Conservancy.