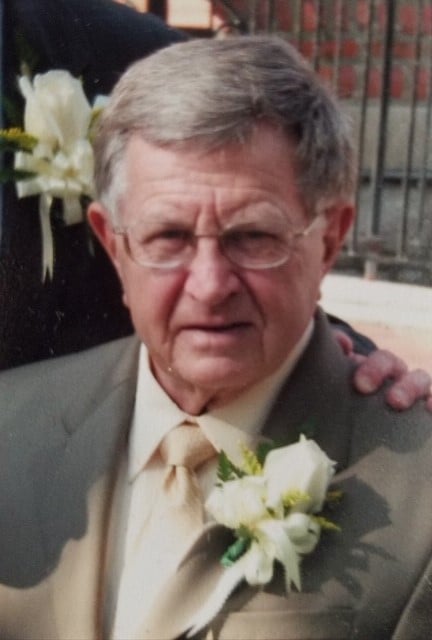 Ed was born in New York City, NY, on February 20, 1933, to Anna (Hladik) and Edward M. Sulva, both deceased. He graduated from Linden (NJ) High School in 1950 and enlisted in the United States Navy in 1953, serving until 1955. Ed worked for AT&T Bell Laboratories in New Jersey before and after his service with the Navy. He attended night school and earned his BSEE from Newark College of Engineering.

On August 23, 1958 he married Patricia Miller. They moved to Burlington, Vermont in 1965, where he was employed by IBM Corporation for 29 years. Upon retirement in 1994, Ed and Pat moved to Wilmington, North Carolina.

Ed was a lifelong faithful member of the Roman Catholic Church, serving many roles including Extraordinary Minister. He devoted time to volunteering in a variety of activities including the Knights of Columbus, Right to Life, Hospice, and Nursing Homes, oftentimes sharing slides of places he and Pat travelled to. He enjoyed music and dancing, especially the Polka, cycling, tennis, walking on the beach, going to garage sales, and photography. He had a passion for seeking out his genealogy in Eastern Europe, particularly Slovakia.

Ed is predeceased by his wife of 44 years, Patricia. Surviving are his children, Edward Jr. and his wife, Patricia, of Charlotte, VT, Michael and his wife, Amy, of Wilmington, NC, Anne Marie and her husband, Ray Wittorp, of Hampstead, NC, and Paul, of Jericho, VT. He had a great love for his 13 grandchildren, Mishka, August, Forest, Michael, Anthony, Matthew, Taylor, Christopher, Marcus, Christian, Erin, Julie, and Kathleen. Also surviving is brother, James Sulva and his wife, Joan, of Colonia, NJ, and brother-in-law Thomas Miller and his wife, Lois, of Linden, NJ.
There will be no visiting hours. A family Memorial Mass will be said by Father Kolodziej on Monday April 15, 2019, at 10 a.m. at the Basilica Shrine of Saint Mary Catholic Church, Wilmington, NC. In lieu of flowers, the family asks that contributions be made to the Lower Cape Fear Hospice, 1414 Physicians Drive, Wilmington, NC 28401.