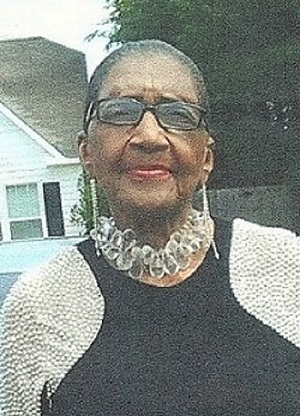 In the quiet of the early morning on Sunday, September 9, 2018, God called home, His faithful servant, Eloise Hill Green. She was born June 25, 1921 to the union of George Hill, Sr. and Louise Underwood Hill.

She was preceded in death by her husband of more than fifty-five years, Charlie Green, Sr.

Fondly known as “Weeze” by family and friends, she was a loyal and dedicated member of Mt. Olive AME Church.

Although she was the second eldest child, she, at an early age, she embraced the position of “mother figure of her seven siblings Wilhelmina, Lazarus, Louis, Helen, Edith, Evelyn and George Jr. This early training evolved into her becoming the matriarch of the Green and Hill family. She was fully engaged in the lives of her siblings and later on, her own children, grandchildren and great-grandchildren. Whether it was reprimanding, a tongue lashing, money, attending functions, attending graduations, feeding family, or buying vehicles, Wezze was always there. She was educated at Williston Industrial High School where she finished the 11th grade in 1941 (the 12th grade was added the year after she graduated). Believing one was never too old to learn something new, she, at the ripe age of ninety enrolled in a Continuing Education Computer class, finishing number one in the class! She was thrilled at that fact and proudly showed her graduation certificate to ALL who visited her home. They loved it!!

It was often said by family members and many friends, “she’s showing us how to age gracefully”. Matriarch Eloise Hill Green will be deeply missed, but will live forever in the hearts of family and friends.

A memorial service is planned for Wednesday, September 12, 2018 at 11:00 AM at Mt. Olive AME located at the corner of 7th and Wrights Streets, Wilmington.