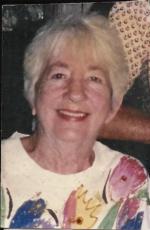 Surviving are her children, Jean A. Larkins of Shallotte, N.C., John F. Gorman and wife, Jenny, of Boiling Springs Lakes, N.C., Janet G. Treiber and husband, Terry, of Wilmington, N.C. She had nine grandchildren and four great-grandchildren. She was a loving mother, grandmother, aunt, and friend.

Eloise grew up, lived and worked in Southport most of her life, except when she resided in London, England in the early fifties. She retired from Sunny Point Military Ocean Terminal in Southport, N.C. A cancer survivor she participated in the Relay for Life walks in Southport and Wilmington, N.C. A love of history and fond memories of growing up in Southport, inspired her to write many articles for the State Port Pilot newspaper.

A memorial service will be held at Trinity United Methodist Church in Southport, NC, on Sunday, January 23, 2011, at 4PM.