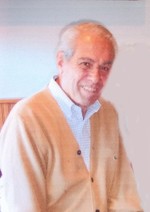 Bill graduated from Wayne State University with a Mechanical Engineering Degree. He was employed by General Motors and Ford in Detroit, MI and Martin Marietta in Denver, Co. He was a veteran of the US Navy.

A memorial service will be 11:00 am, Wednesday, August 19, 2009 at Masonboro Baptist Church where his remains will be interred.