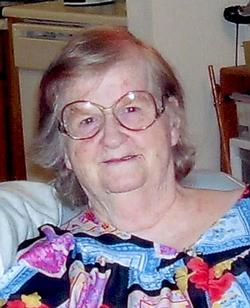 She was born in Wausau, WI, on May 12, 1930, the daughter of the late Frank and Grace (Chandler) Wetterneck and was preceded in death by her husband Joseph Tripp, two brothers, and a sister.

Emily was a loving mother and who especially enjoyed spending time with he grandchildren. One of her favorite past times was crafting crosses for various charity’s.

A memorial service will be announced at a later date.