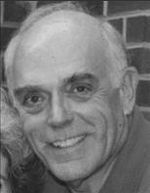 He was the son of Ernest Joseph Sanders and Alice Hewitt Sanders (both deceased) of Elizabeth City, North Carolina.

He was born in Elizabeth City, North Carolina, on January 9, 1938, and attended Wake Forest University, leaving to join the US Army where he served two and a half years stationed in Hawaii. He was married in 1961 and subsequently moved to Charlotte, North Carolina where he was a CPA and, later, worked in the lumber business. In his later years, he obtained his Real Estate Brokers License and moved to Wilmington in 1991.

Gordon was an active member of First Presbyterian Church, where he served as an Elder and was a loyal member of the Choir for 18 years. He was also on the committee that established the Stephen Ministry program at the church, serving as a minister and leader from its inception. The church was very important to Gordon and he was proud to chair the committee overseeing the renovation of the Cameron Center. In his retirement years, he enjoyed playing the cello as well as learning to sculpt.
He was a devoted husband and father, loyal friend, and good Christian man.

The family wishes to thank Lower Cape Fear Hospice for their care of Gordon in the last days of his life.

In lieu of flowers, donations may be made to First Presbyterian Church.