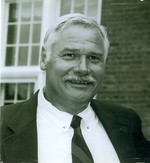 Mike was born in Allentown PA. on January 12, 1947. He was the son of the late Dr. Frederick G. and Elizabeth R. Klotz Helwig. He was predeceased by his brother Peter Helwig.

He retired to Topsail Island after more than 20 years with the Metropolitan Police Department as a Detective in Washington, DC.

A Celebration of Life will be held at a time and location to be announced.