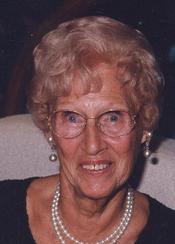 Florence, age 97, passed away on Sunday, May 20, 2012 and was born in Leominster Massachusetts on February 12, 1915, the youngest of three girls who both preceded her in death along with her husband William P. Wildman.

As a young woman she enjoyed horseback riding and dancing along with being an avid tennis player who played most of her life. She was a co-owner of the Stardust Restaurant Lounge in Framingham Massachusetts, where she managed and was maitre d’. In later years she was employed by Swank Jewelry for 15 years before she retired to Cape Coral, Florida. She and her husband belonged to different boating clubs and would take many trips to the islands from their back door boating dock or to Ft Myers for an exciting lunch. The final retirement years were then spent in Sebring Florida at Tanglewood which they enjoyed and where they took cruises to many parts of the world and South America. She was a great mother in law that never complained about anything and would only volunteer her opinion if it was to complement a person.

Her final months were spent in the home of her daughter Marilyn and Richard in Wilmington, NC who along with House of Good Shepard of Sebring Florida Hospice and especially Wilmington, NC Hospice who did an exceptional job of assisting her and the family. She passed this world in a peaceful manner surrounded by her caring family.

There will be no calling hours and the memorial service will be private at the convenience of the family with interment at sea where they spent many happy hours together.

“In lieu of flowers, their request was to take a moment of your time to spend with a friend in need”.