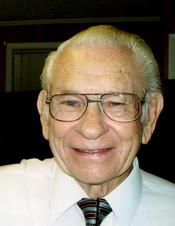 He was born February 5, 1927 in Leland NC to the late Floyd Henry and Etta Clemmons Henry.

Floyd served in the US Army during WWlI where he was stationed in Germany. After the war he worked for American Oil Company managing a service station in Washington DC” He returned to Leland and served 35 years in the Coast Guard Auxiliary. Floyd, also known as T-Bird, was a member of Flotilla 10-5 out of Oak Island, NC. He held the position of commander for 5 years receiving many awards. He loved his family, boating and being on the water doing patrols, especially search and rescue.

There will be a private service.

In lieu of flowers, memorial donations may be made to the Wounded Warrior Project, 4200 Morganton Road, Suite 300 Fayetteville NC 28314.

Please share memories and condolences with the family by clicking on the “Sing Guest Book” tab above.