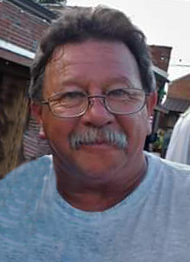 Freddy Antonio Marriott, 68 of Wilmington, passed away on Saturday, August 18, 2018 at the New Hanover Regional Medical Center after a brief illness.
Born in Guayaquil, Ecuador, SA, on October 1, 1949, a son of the late Amadeo and Judith Marriott, he had lived in Miami, Florida before moving to Wilmington several years ago.
He was a graduate of Miami Senior High School and Miami – Dade Community College and had been employed by the North Carolina Department of Transportation for 30 years until his retirement.
Freddy is survived by his sons, Matthew A. Marriott, Victor Marriott and his wife Kristina Gossett Marriott; his grandson, Antonio Amadeo Marriott; his former wife, Emily Jackson Marriott; his sisters, Marjorie Marriott, Alicia Marriott, and Jessie Marriott; his brothers, Johnnie Marriott and Alberto Marriott, and several nieces and nephews who dearly loved their Uncle Freddy. Besides his parents, he was predeceased by his brother, Wilson De La Torres.
There will be a celebration of Life of which family and friends will be made aware of when the time arrives. Freddy’s birthday is our preferred date to allow family and friends at a distance to make travel plans.
Share memories or condolences to the family by clicking the “Post a Condolence” tab below.
Wilmington Funeral & Cremation 1535 South 41st Street Wilmington, NC 28403
910.791.9099