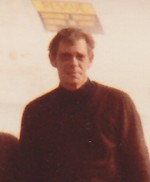 He graduated from Gettysburg College and George Washington Law School. He was a Captain in the Judge Advocate General’s Office,(JAG)for the United States Air Force. Following his military career he was a consultant for AAA and then became a consultant for NRECA. He then moved to Virginia Beach, Virginia, where he practiced law. He retired and moved to Topsail Island, NC. Once in NC, he decided to work part time for one of the local law firms and eventually retired for his remaining years.

Donations in Mr. Schmitt’s memory may be made to Lower Cape Fear Hospice LifeCareCenter in lieu of flowers.