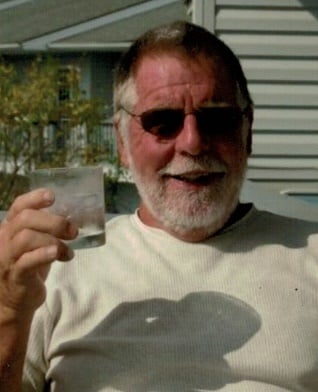 Rick was born on January 23, 1942 in Queens NY, the son of Frederick Louis Reuter and Marguerite Buschman Reuter.

Rick proudly served his country with honor and distinction in the United States Navy aboard the USS Lexington from 1962 till 1966.

After his naval service Rick met the love of his life, Meg Leahy, and they married on April 9, 1967. They lived on Long Island, NY, while there Rick worked for LILCO, and retired after 25 years service. He served the communities he lived in by volunteering for the Bellmore, LI Fire Department and later the Farmingville LI Fire Department, where he was a former Captain. When he relocated to the Hampstead Area he became a member of the Hampstead Volunteer Fire Department. Rick was also a proud member of the Patriot Guard.

The family will receive friends at the Wilmington Funeral Hampstead Chapel, 16076 US Hwy 17N. Hampstead, NC 28443, a visitation will be held from 1:00pm till 2:00pm on Monday, April 9, 2018, on what would have been Rick and Meg’s 51st Wedding Anniversary. A service to celebrate Rick’s life will follow at 2:00pm. A rendering of Military Honors will be presented by the United States Navy Honor Guard in recognition of Rick’s honorable and faithful service to his country.

In lieu of flowers memorial contributions made to the Lower Cape Fear Hospice Foundation at tmcfunding.com, in loving memory of Rick would be greatly appreciated.