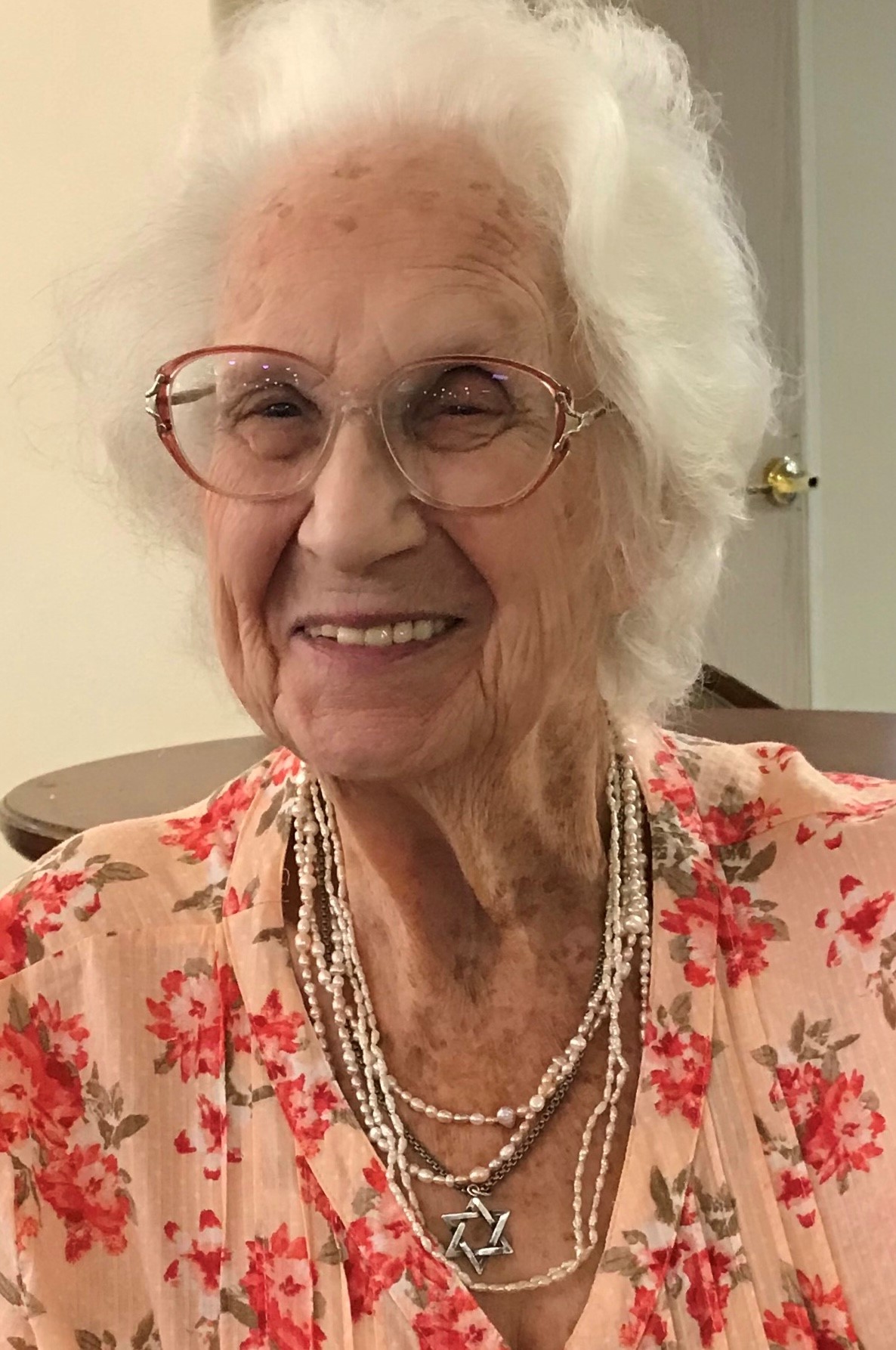 Share on Twitter Share on Facebook Share on Email
Gabriele Alice Weissrock Dunn was born April 27, 1924 in Berlin, Germany. True to her name Gaby loved to talk to people. She was an optimist who always made the best of any situation.
She, her parents,and 3 siblings escaped Nazi Germany to Persia (Iran). Eventually she was able to move to England with her sisters and mother. Despite being deprived of a formal education she learned pattern making and dress design in London and Paris. These skills served her well in later life. In Hartford she taught at G.Fox & Co. Later she owned her own fabric shop, taught sewing classes, and designed and created wedding gowns. She proudly made the Connecticut governor’s first lady’s inaugural gown for the 1965 Presidential inaugural ball.
Living in London during WW2 she witnessed the blitz and her German fluency was tapped to serve as a decoder to help the war effort. She said that she was particularly drawn to the decoding team’s smart uniforms and silk stockings. In London Gaby cared for her three younger sisters when her mother died. There she met and married Leroy Dunn, a London School of Economics PhD student who was a lodger in their apartment. Their daughters were born and then the family moved to the US and lived in Hartford, CT, where their sons were born. In 1996 Leroy and Gaby moved to Washington, DC, and in 2013 to Wilmington, NC. In DC at aged 75 she started taking painting classes and was a talented prolific artist. In a final act of generosity, Gaby was an organ donor.
She is predeceased by Leroy her husband of 61 years, her brother Girard who died as a child in Persia, her sister Ruth Hirsch of the UK, and most of her family who perished in the holocaust.
Her surviving family includes four children Rebecca Dunn Reinmann (and husband Paul) of Wilmington, Louise Dunn Gendelman (and husband Joel) of Winston-Salem, David (and wife Tamara Dunietz) of Bethesda, MD, and Jonathan of Wellington, New Zealand; seven grandchildren Anson (and wife Audrey), Owen (and wife Anne), Renee, Michael, Eitan, Benjamin, and Simone; and three great grand children Roland, Jolene, and Arya. She is also survived by sisters Helga Hanfling and Susi Rice (and husband Chris) of the United Kingdom.
A graveside service will be held 12 noon on Friday at Temple of Israel New Jewish Cemetery.
Donations can be made in her honor to Temple of Israel.
Please share memories and condolences with the family by clicking on the ” Post a Condolence” tab below.
Wilmington Funeral & Cremation, 1535 S. 41st Street, Wilmington NC 28403