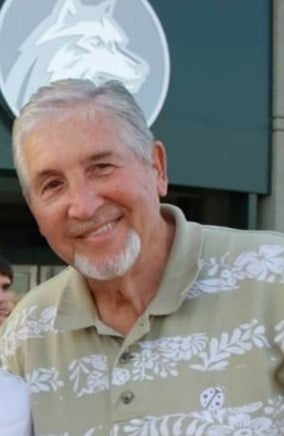 Born June 21, 1939, he was a 1958 graduate of Nitro High School in Nitro, WV where he was a talented basketball player. He went on to serve many years in the WV Air National Guard. He was proud to have served during both the Cuban and Berlin Crisis. Gary retired from The Charleston Housing Authority in Charleston, WV after a 24 year career.

“Big” Gary was known for his craftsmanship and talent in building and remodeling. He also had an affinity for becoming bored with his work and needing a new project. Often times only notifying his wife with a new “For Sale” sign in the yard of a home he’d seen as “finished”. There were very few people who knew him who didn’t have a memory that involved a project. He built many porches and decks for friends and family.

Perhaps some of the fondest memories of Gary surround his love of the kitchen. Though he enjoyed cooking, it is believed that love was at the root of his hobby. He could often be seen smiling at the house full of family and friends that a pot of spaghetti or a Sunday meatloaf would draw in. He was fairly good at it, except knowing when things were done. He leaves behind a set of scorched pots and pans and two kitchen remodels from what we lovingly refer to as “incidents”.

Gary was extremely proud of his children and grandchildren. He spoke often about their talents and successes. If he didn’t hear from you, he would bust out the archaic flip phone and give you a ring. You knew if that number popped up, he was tracking you down.

He was full of “isms”, sayings and nicknames. We all treasure our assigned silliness and memories. There are so very many. He measured his life in love.

Arrangements are with Wilmington Funeral and Cremation, Wilmington, NC.

Friends may call at 2pm, Sunday January 2, 2022. Service begins at 3pm at Wilmington Funeral Chapel. A celebration of life will be planned post cremation in his home state of West Virginia.

Service will be live-streamed below for those unable to attend.