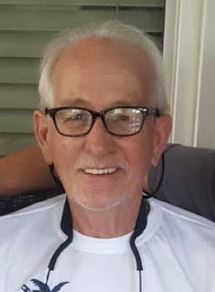 Gary Frink Sikes, Sr., “Gramps”, 66, of Leland, NC passed away peacefully on Monday, May 31, 2021 with his children at his bedside at Lower Cape Fear Hospice in Wilmington, NC. Gary Fought a long, hard, brave and courageous battle with cancer. He fought with such strength just like a warrior. He truly is “tougher than woodpecker lips.” He has now joined his Lord & Savior and is now at peace. The family appreciates all the thoughts, prayers, love and support shown to him and us throughout his courageous fight.

He graduated from John T. Hoggard High School in 1973. He then served in the United States Air Force at the Francis E. Warren Air Force Base in Wyoming. Not long after moving back to Wilmington, NC he began his career at Corning, Inc. where he retired as an Industrial Mechanic after 30 years of service. During his time there, he made many lifelong friends. Gary was a phenomenal welder and anyone who knew him, knew he had a knack for being able to fix or create anything. His love of the beach and fishing were also a passion of his. One of his favorite things do with his children when they were younger was to take them fishing whether it be from the john boat, the beach, a dock or a pier. He also loved to ride his motorcycle with friends or by himself. He loved to work in his yard especially after retirement as he took such pride in this. His love and passion for animals was also unmatched. If you were ever around him or had the chance to know him, you were able to see the love and kindness in his heart. He loved and lived life to the fullest. He was a loving dad and a son, brother, gramps/grandaddy, uncle, cousin and friend who will be dearly missed but always with us in our hearts.

A celebration of Life will be held at a later date. Please consider donating in honor of him to either the Lower Cape Fear Hospice or American Cancer Society.