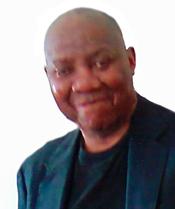 Mr. Gene Allen Harris passed away at Lower Cape Fear Hospice
& LifeCareCenter, Wilmington, N.C. on Tuesday January 17, 2012 after a
long, courageously-fought battle with chronic illness. He was 71 years old.
Gene was the youngest child, born on October 28, 1940 in Wilmington, N.C. to the
late John and Cora Harris. He was preceded in death by two brothers and two
sisters.

Gene was honorably discharged from the U.S. Air force in the
early sixties, after traveling to many countries and states. New York City was
his home for many years. Gene also did a tour in Vietnam. He came back to
Wilmington, N.C., where he worked for various companies, including Progress Energy and General Electric, always returning to his main love of auto
mechanics which was patiently taught to him by his brother-in-law, Mr. Robert
Doughty, Sr. (Deceased)

Gene accepted the Lord, Jesus in his life through the preachings
and teachings of his sister and brother-in-law, Drs. Ann and Otha Hadnot. He
was a member of the Apostolic H. H. Holiness Church.

Special thanks to the nurses, doctors and staff in Coronary
Care, Surgical Trama 1, Medical ICU, and the 7th floor nursing staff
for the excellent care that was received, and to Dr. Christopher Cosgrove, who
was so inspirational and patient as Gene’s primary physician, Lower Cape Fear
Hospice & LifeCareCenter, and especially to Dr. Karen Reichow, whom could always
get him to smile.