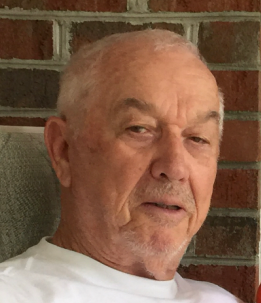 Gene Brooks Avery, Sr. passed away September 9, 2020. His wife Jayne Leigh Avery and his sons Jay and Brooks spent his last day by his side.

Gene was born November 25, 1932 in Erwin, NC to Fred Elbert Avery and Katie Damzel Avery. He was one of three sons including Ted and Billy Avery.

Gene grew up during the Depression and because of difficult times, was taken in and raised by his grandfather Claud Avery, the sheriff of Erwin, along with his 6 children. Upon graduation from high school in 1950, he enlisted in the Navy and served during the Korean War aboard the USS Whitehurst. Through the years he attended the ship’s reunions and remained close to his old “Navy buddies”. He moved to Baltimore in the early 1960’s and worked for AT&T, first as an installer and later in management. He retired in 1994 and enjoyed a well-deserved retirement in Wilmington, NC spending many early mornings golfing with his friends at the Municipal Golf Course. His golf buddies always had the earliest tee time of the day and enjoyed their weekly round of golf.

Gene had many friends and no enemies. One of his favorite quotes was, “I never met a man I didn’t like and if I did I can’t remember his name.” He gave simple advice to his sons and grandchildren and led by example by being a hard-working, honest and loving father and grandfather.

In honor of Gene and in lieu of flowers, his family suggests continuing his legacy by being kind to strangers and reminding the people you love how much they mean to you.

The family will plan a celebration of his life in the near future after COVID 19 restrictions improve.