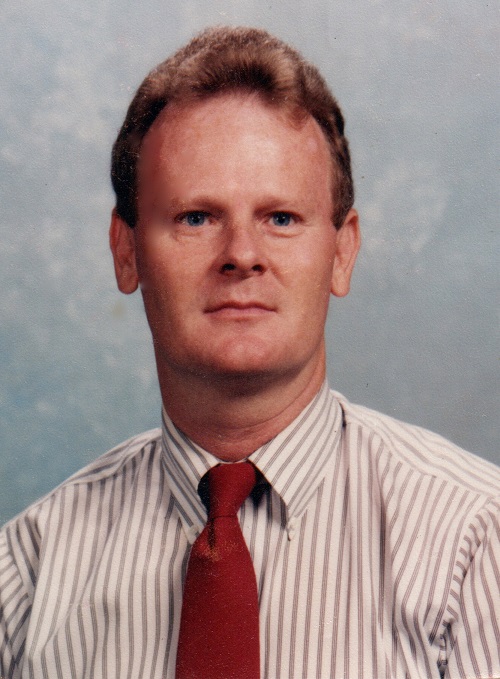 George B. “GB” Dunn of Wilmington passed away peacefully on Sunday, March 4, 2018 surrounded by his loving wife and family at New Hanover Regional Medical Center.

GB served in the U.S. Army during the Vietnam War.  After returning home from the army, he went to work for DuPont in Leland.  He retired early from DuPont and took on a second career as a teacher for New Hanover County Schools for nine years. While teaching, he and his wife started their own business, Down Under Irrigation.  Then he pursued his business full time where he and Sherry worked together every day for 21 years.

GB and Sherry decided to sell their business so that they could travel.  They traveled to all 50 states, and they visited all the countries where GB served while in the military.

Later during his retirement, GB went to work part time for Quest Diagnostics.  He leaves behind a group of wonderful coworkers who also became his dear friends.

GB was a member of the American Classics Car Club.  He leaves behind a large family of dear friends and classic brothers.

GB was preceded in death by his parents George and Frances Dunn and brother-in-law Richard Bogan.

The funeral will be Wednesday, March 7, 2018 at 11:00 AM at United Advent Christian Church.  Pastor Sam Worley will officiate the service.

Burial will be in Greenlawn Memorial Park in Wilmington.