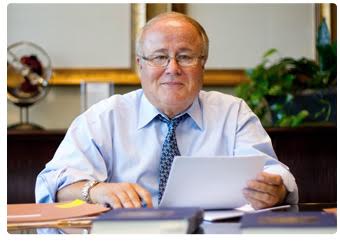 George is survived by his father, George W. Fletcher of Gainesville, FL; his partner in love and life, Eve P. McGee of Wilmington; his three daughters, Amanda Waterman and husband Daniel, Sara Edwards and husband Todd, and Katherine Fletcher of Raleigh, NC; his sister, Pamela Walker and husband Reggie of Winter Haven, FL; his brother, Tim Fletcher of Raleigh, NC; and his grandchildren, Jack, Lucy and William Waterman, Wesley Edwards, and Logan and Alexis McGee. He is also remembered with love by Eve’s children, Robert and Jennifer McGee, Troy and Lisa McGee, and Renee McGee; Eve’s grandchildren, Danielle and Morgan McGee, Brooke Jacobs, and Acacia Soles; his former spouse, L. Suzanne Treece; and his beloved labradoodle, “Finally.” He is preceded in death by his mother, Marilyn Sikes Fletcher.

George was born on June 14, 1947 in Lake City, Florida and grew up in Gainesville, graduating from Gainesville High School at the age of 16 in 1964. In 1966, he joined the United States Air Force. He later enrolled in the University of Florida, completing his bachelor’s degree in 1976 and his law degree just two years later in 1978. He then moved with his wife and daughter to North Carolina to practice law in Durham. While in Durham, two more daughters were added to the family, and in 1989, George moved the family and his law practice to Wilmington, North Carolina, where he has loyally served the local community ever since.

George’s children remember him as an endlessly patient, gentle, and often hilarious father and grandfather. He especially loved Saturday mornings with his grandson and best breakfast buddy, Logan McGee. He was a wonderful role model and respected and loved by his entire family.

Outside of his family, George’s great passions were fishing trips in Suwanee, Florida and following the University of Florida football team. His final wishes were to have his ashes scattered at Deer Island, Florida.

A memorial service is scheduled for Sunday, January 21, 2018 from 2-4 pm at Wilmington Funeral Chapel. All are welcome to attend and celebrate George’s life.