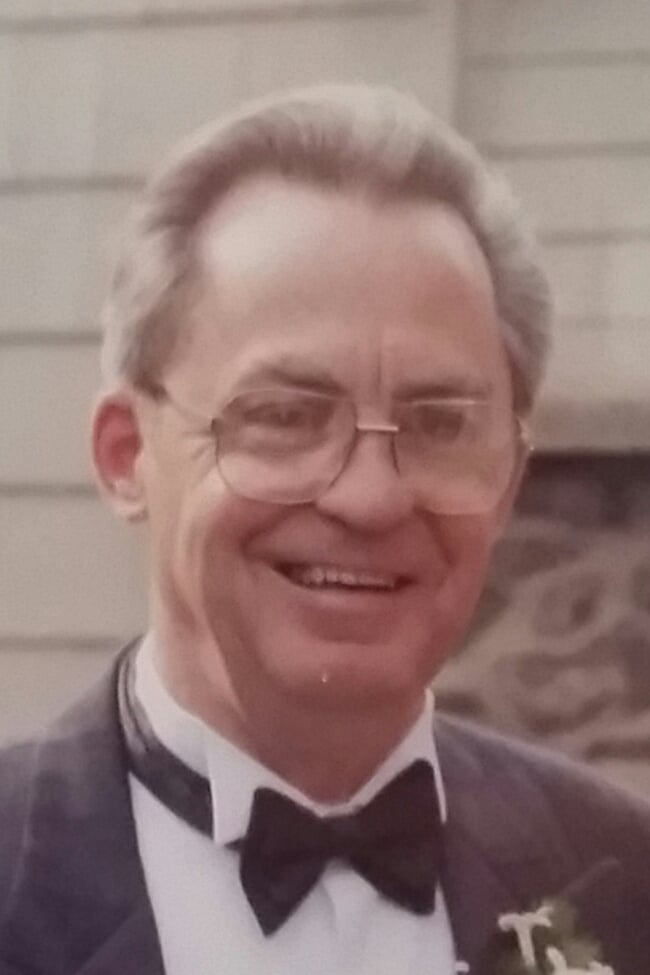 George Peter Carlson, 84, beloved husband of Arline Weber Carlson, passed away unexpectedly in his home on Tuesday, May 8, 2018.

I hear myself say the same exact thing every time something disrupts our peaceful home…
“There are just no words for times like these”
But, actually, I always somehow find some
And sometimes, quite a few.
I admired him.
His story, the life he made for himself and his family, I could hear it over and over and it never got old.
He had the gift of gab and loved to banter. He loved to pick and could take being picked on.
He knew what to say and what not to say,
He knew when to say it and when not to say it, and more importantly I think he respected the boundaries of people, and I respected him for that.
I thought he was brave, yet he called it “stupid.” I thought he was handsome, but he never confirmed nor denied it. I confessed I thought I would have had a crush on him if I was there back in the day, and I thought he was humble because he just surprisingly tilted and lowered his head, smiling.
I respected him. He was a man that was emotionally available. He was charming. He took risks because he was brave and knew the only way out, was through.
He openly would tell you he loved you and what he thought. He would encourage you to “keep doing what you’re doing, you’re doing a good job, keep it up, ok?!” And it made you want to and somehow it made you want to do better.
He would also tell you if he thought your way was wrong, but simply because his way was right.
His faith was strong, yet he was going to let you decide for yourself.
Let that kind of man be the example for all of us. Be brave, take risks, earn respect by giving respect, show love and compassion, tell people you’re proud of them, be charming and kind and walk with faith first and people you love by your side, and row your boat gently down the stream, because life truly is but a dream.