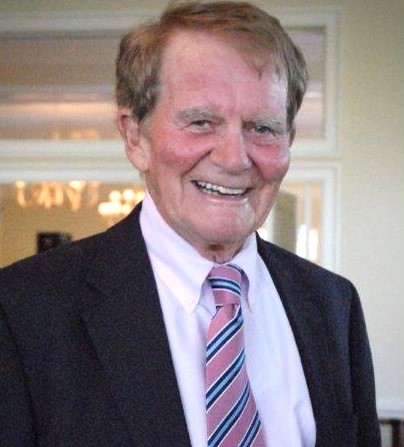 George T Hepbron III left this life in Wilmington NC on May 3rd 2021.

George was born April 14th 1928 in Orange, New Jersey and raised in Millburn New Jersey. He graduated from Millburn High School. George served his country during World War II for three years with the US Marine Corps. He then attended Montclair State University earning a BA and MA in education on the GI bill. He taught four years elementary school in Orange New Jersey. He then moved to Hightstown New Jersey in 1957 to become the elementary principle in the East Windsor School District. From 1970 through 1985 he was Assistant Superintendent of schools. He retired in 1985 after serving 30 years in education. George and his wife, Helen, moved to Wilmington NC in 1993 from Chesterfield NJ. George did volunteer service for Guardian ad Litem, Meals on Wheels, Child Advocacy Commission. He was a member of the Wilmington Choral Society. He was an avid hiker and camper and hiked the complete Appalachian Trail from Springer Mountain Georgia to MT. Katahdin Maine (2,193.1 miles). He was also a runner and he ran in the New York and New Jersey Marathons. He also looked forward to his Tuesdays and Thursdays on the golf course with his golf buddies.

He was proceeded in death by his father, George T. Hepbron II and his mother, Katherine Boyce Hepbron, and his sister, Katherine H Forbes.

As per his wishes, a private Celebration of life will take place in Wilmington NC and his ashes spread on the Appalachian Trail in the Great Smoky Mountains of Tennessee.